We spoke to Rachel Ruffle, CEO for Northern Europe - UK & Ireland, Germany and Scandinavia, RES about the importance of forecasting, green hydrogen and government policies that favour the energy transition.

Rachel Ruffle: The energy transition is being driven by the need to solve the ‘energy trilemma’: how to provide a secure supply of accessible, affordable and sustainable energy to everyone. Our vision is to bring affordable zero-carbon energy to all. Energy in general, and renewable electricity, will eventually be much more affordable for everyone, thus ‘democratizing’ energy. Wind or solar are the cheapest sources of electricity.

As for sustainability, climate change is the big driver, as we see in international and national policies and regulation. This, and societal demand for less pollution and cleaner air, are high up agendas across Europe, for example. Wind and solar energy tick this box too. Which leaves the third part of the trilemma, securing a reliable supply of energy when it is not sunny or windy. Technologies are emerging to solve this. We provide some customers with optimized battery storage for surplus renewable electricity, and whilst battery storage is becoming more efficient and cheaper, it is still mainly short term and mostly delivering ancillary services to grid companies to help them manage reducing inertia.

Using renewable electricity to power electrolysis for making ‘green’ hydrogen is another option. Currently, it is not economically competitive with brown hydrogen made from fossil fuels in a process emitting carbon but will be by 2030. Renewable hydrogen is the only sustainable way to produce hydrogen and storing carbon from carbon capture and storage (CCS) is controversial, particularly in Germany. This is where the German government is heading in pledging EUR 9bn to support the development and growth of green hydrogen.

Electricity generated from combusting green hydrogen will obviously be more expensive now than electricity directly from renewables. But levels of investment being flagged up for green hydrogen raise optimism that generating power from it at scale will eventually become competitive. We have seen that cost-reduction trend in wind, solar and batteries.

Creating a secondary market for renewable electricity in this way could help reduce the risk of ‘cannibalization’ of wholesale prices slowing the energy transition. Electricity from wind and solar is cost-competitive at current energy prices, but with increasing penetration of wind, during a windy period, the electricity price reduces, and we are already seeing a higher frequency of negative pricing events in Europe. Market forecasts of capture prices are increasingly accounting for this impact and making new projects unviable. The viability of a new project depends on forecasts for the next 35 years, so this is impacting investment decisions now – especially as the length of the merchant tail is increasing with investors banking on longer project lives. We need clear route maps signalling a larger, more flexible demand to keep up and increase the pace of the energy transition.

I am encouraged to see governments signalling energy transition policies more strongly; for example, through fixing phase-out dates for internal combustion engine vehicles, and issuing roadmaps for decarbonizing heat and industry. Forecasts factoring in these signals support long-term electricity prices. Sweden’s stated intention to invest in grid infrastructure seems to be reassuring investors that renewable electricity will ultimately be used for electrification and hydrogen. This appears to be supporting the electricity price against the risk of cannibalization. Conversely, a lack of signalling on the demand side will mean continued decline in renewable electricity prices, making potential projects look uneconomical currently. It seems less of an issue in Sweden and Germany than in the UK and Ireland. The UK government’s offshore wind capacity targets had an immediate and massive impact on the share prices of multiple UK-based infrastructure funds, for instance.

We are rapidly growing our Support Services business, managing customers assets, delivering operations and maintenance O&M and assisting customers to optimize production, performance and profits. They are mainly infrastructure funds buying renewables projects and seeking long-term sustainable returns for shareholders. This is a very price-competitive market in which scale will win. Digitalization, data analytics and Industry 4.0 are increasingly important in this regard. This includes entire wind farm control with wake steering – allowing the asset to respond to environmental and market conditions – and predictive maintenance to maximize uptime and minimize O&M costs. It also involves using many cheaper and easily deployable sensors for feedback, optimization and higher frequency data analytics. Achieving this in real-time is in the future, but it is starting now. In Germany, for example, if the real-time power price is insufficient for an offshore wind array to continue generating, it will be turned off automatically with no intervention. 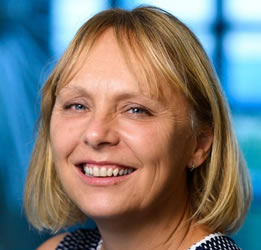 The energy transition is being driven by the need to solve the 'energy trilemma': how to provide a secure supply of accessible, affordable and sustainable energy to everyone.
Rachel Ruffle,